TORONTO, March 18, 2019 (GLOBE NEWSWIRE) -- Emerita Resources Corp. (the “Company” or “Emerita”) (TSX-V: EMO) announces that along with its joint venture partner, the Aldesa Group (“Aldesa”), the first diamond drilling campaign is expected to commence March 18, 2019 at its flagship Plaza Norte project (the “Project” or “Plaza Norte”) in Cantabria region, northern Spain (Figure 1).  Drilling is being conducted through its joint venture company Cantábrica del Zinc (“ZINCA”) which is owned 50% by Emerita and 50% by Aldesa.

Diamond drilling equipment is presently being mobilized to the Project. The drilling program will be focused on high-grade Mississippi Valley type zinc, lead mineralization in the past producing Reocín mining camp.  Initial drilling will be focused on establishing a mineral resource estimate that meets National Instrument 43-101 (“NI 43-101”) standards by following up mineralized drill intercepts identified in previous drilling by Asturiana de Zinc during exploration campaigns completed primarily in the 1980s and 1990s.  This will be the first systematic exploration program in the region since the Reocín Mine ceased operations in 2003. The Property was not available for acquisition until the Public Tender process was launched by the government of Cantabria and was concluded in 2018. ZINCA was granted with 3,600 Ha of prospective ground.

A photo accompanying this announcement is available at http://www.globenewswire.com/NewsRoom/AttachmentNg/6e2b0e98-0179-48fb-b1fc-5e767064b4f2

Emerita has digitally compiled and analyzed the large amount of historical technical data consisting of drill core logs and assays from more than 300 diamond drill holes, geophysical data, historical production data, and internal exploration reports for the Project.  All this data was preserved in archives in the Mining school of the city of Torrelavega, located next to the Reocín mine. Emerita’s analysis of this data has resulted in 4 keys areas being identified as high priorities for exploration. These areas are from north to south: Yuso, Queveda, San Miguel and Mercadal (See figure 2).  All of these targets have significant mineralized intercepts and Mercadal was the site of a past producing mine.

The Phase I diamond drill program at Plaza Norte, which consists of 6,500 metres of planned diamond drilling, will focus on the Queveda target area (figure 3) where several high grade mineralized intercepts have been identified including:

A photo accompanying this announcement is available at http://www.globenewswire.com/NewsRoom/AttachmentNg/e83c4883-1ff4-4fd0-baec-30cac4ed47bb

A photo accompanying this announcement is available at http://www.globenewswire.com/NewsRoom/AttachmentNg/f893dfda-7231-4560-b9c1-86f31a00f103

Diamond drilling is expected to commence on March 18, 2019 with a second rig expected to arrive on site in early April. The Company has engaged Sondeos y Perforaciones Industriales del Bierzo S.A. (“SPI”) as the drilling company for phase I of the drilling program.  SPI has been in the exploration sector for almost 20 years, participating in many projects in the Iberian Peninsula. All core samples will be submitted to the ALS preparation laboratory located in Seville southern Spain, and assayed in ALS Rosia Montana Romania.

The phase I drill program aims to follow up the historical wide spaced mineralized intercepts at the Queveda target, which covers a 1.0 km2 area. Historical drilling intercepted sulphide mineralization hosted by two different units from top to bottom: Dolomites (Gargasian) and Limestones (Albian).  The drill holes have been selected based on the review of the historical technical data and its geological interpretation.

Mr. Joaquin Merino P. Geo., President of Emerita, stated: “We believe this is one of the most significant undeveloped zinc camps in Europe. We look forward to advancing the Plaza Norte project as we expect to obtain positive drill results over the coming month based on our analysis of the historical data.”

Joaquin Merino, President of Emerita, is a “qualified person” as such term is defined in NI 43-101 and has reviewed and approved the scientific and technical information included in this press release and has approved its dissemination. 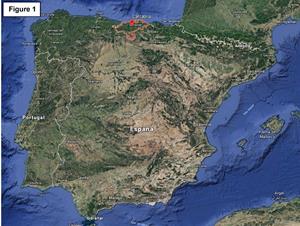 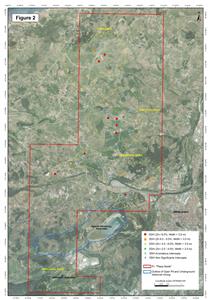 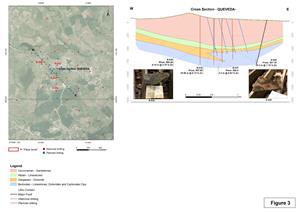